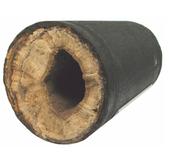 Whether it’s rust stains in your sinks and laundry, or the smell of sulfur when you turn on a tap, your water problems can cause you and your family more than embarrassment and frustration. Iron and sulfur can damage your fixtures and plumbing, discolor your laundry or create unpleasant odors in drinking water and showers. Soft water that is iron and odor free makes a big difference you can see, and feel, all over the home.

In the Bathroom: No more iron stains or rotten egg odor. Soap and shampoo will lather better. Hair and skin will feel noticeably cleaner. And when used with a water softener, your iron free, odor free water will be soap scum free, without mineral deposits to clean off sinks, showers, tubs and toilets.

In the Laundry: Without iron or sulfur in the water, clothes will be whiter and brighter. Plus, they will last longer. Add a water softener and increase the life of clothing, towels and linens by up to 33% and add even longer service life to your appliances.

In the Kitchen: No iron stains on the sink, no objectionable odor while running water for cooking, cleaning or drinking. Dishes will clean more easily and, by adding a water softening unit, your dishes will be spot free without the film glasses get when etched by mineral-laden water. 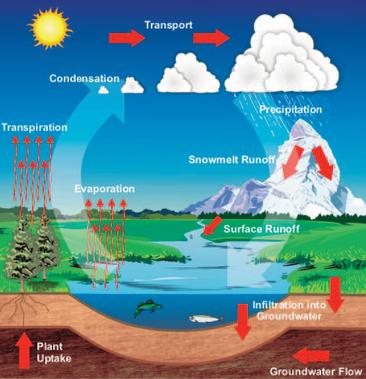 Water is considered the universal solvent. As it passes from liquid to vapor and back again, it tends to dissolve everything it touches - whether in the air as water vapor were it can mix with sulfur from smoke stacks forming acid or from the ground, absorbing calcium, magnesium, sulfur, iron, lead and limestone - water can have a negative impact on you, your household and your pocketbook.
Depending on where you live, contaminants from sewage, industrial waste and agricultural run-off can also seep into your water supply.

Your Water May Have Iron and Sulfur
If your water has the odor of rotten eggs, if there are iron stains on your sinks and bathtubs…if you use large amounts of soap to clean dishes, wash your hair or suffer the “orange hair” effect sometimes caused by iron water, you probably have water that can be successfully treated with an Ironbreaker III iron and sulfur removal system. If left untreated, the minerals will cause yellow/brown stains on fixtures and clothing, clogged pipes and appliances, shortened service lives for dishwashers, washing machines and water heaters, all adding to the cost of maintaining appliances while increasing the amount of energy consumed in your home.​ 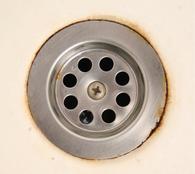 Until recently, the most common solution for problem iron and sulfur water involved the use of harsh chemicals and complicated equipment, requiring regular care and service by the homeowner or water treatment professional.

The Ironbreaker III, byCharger, now offers the “natural” solution for removing iron and sulfur. A proven, patented technology that uses natures own oxidation process to eliminate iron and sulfur without chemicals, without air compressors, without aerators and without external venturis. Using natures own oxidation process, leaving you with fresh, clean, odor free water throughout your home.

All of your water using appliances will lead longer lives. Dishwashers, automatic washers and, of course, your water heater will benefit from having reduced iron and sulfur, adding years to the life of major appliances and postponing expensive repair and replacement.

How the Ironbreaker III Works

The Ironbreaker III stores a “bubble” of air, compressed by your well pressure, within the media tank. As your water passes thru the air, the iron or sulfur is converted to a particle which is then trapped by the catalytic filter media in the tank while the air “bubble” is gradually consumed by the passing water. For regeneration, the unit first “backwashes” itself, removing any iron or sulfur particles it has trapped. The system then replenishes the “air bubble” by drawing in atmosphere, temporarily emptying the tank of all water and transferring oxygen molecules into and on the surface of the media bed where all oxidation occurs. The system then returns to the “service” position, again filtering your water.

The Ironbreaker III controls the Iron and Sulfur in your home: